Brain-controlled film, THE MOMENT, to screen at Mayhem 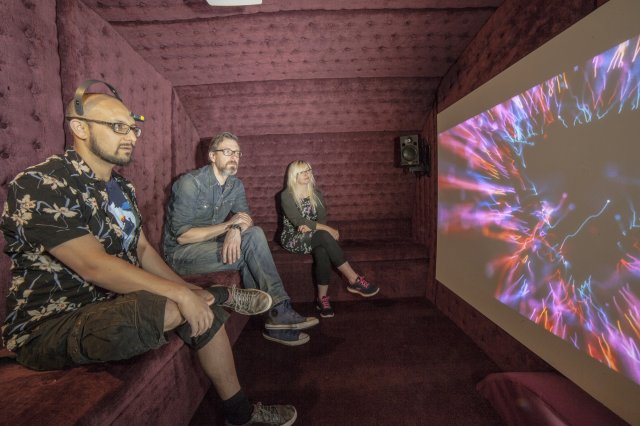 We are delighted to announce that Richard Ramchurn's brain-controlled film, The Moment, will be screening at Mayhem throughout the festival, and you may be able to change its narrative.

The Moment is a story set on the cusp of the Singularity. The story explores three narratives in a dystopian future where brain-computer interfaces are both a source of social threat and potential revelation. The film speaks about our present relationships with each other via social media and its facilitation of rise of far-right ideologies.

The Moment is an interactive film which uses a Brain Computer Interface to collect attention data from the viewer and recombine into a real-time narrative. Each time the film is watched, the rhythms of the viewer's brain data creates a new narrative combination – in total, there are 18 billion combinations. The Moment is the second brain-controlled film from writer/director Richard Ramchurn.

The Moment will screen as part of Mayhem Film Festival, at Broadway, Nottingham in Room 2, at the following times:

One viewer will be able to control the film whilst others can watch the experience unfold.

The Moment is a reaction to the post truth world. It holds up a mirror and reminds people of their own agency, and responsibility. Technology is being positioned to merge with us: Google's director of engineering Ray Kurzweil and Elon Musk have both independently stated that for biological intelligence to stay relevant it must merge with machines. This is the subject of great debate in the media, this experience uses the technology to raise awareness of brain computer interfaces and acts as a provocation to their future uses.

See the trailer at http://braincontrolledmovie.co.uk